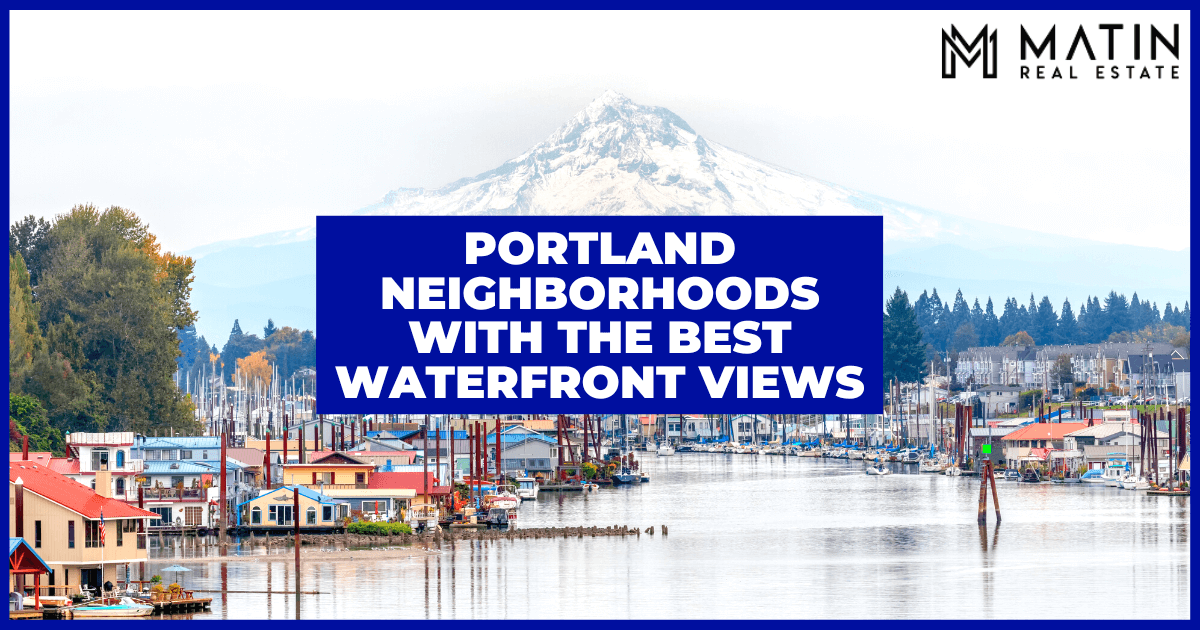 Portland, OR, is a city that's lucky to be surrounded by water in every direction. The Willamette River runs through the middle of town, from south to north, flowing into the mighty Columbia River. Sturgeon Lake and the Multnomah Channel are situated near the Northwest Portland area, and the Sandy River is directly east of the city. Oswego Lake is directly to the south, and the Pacific Ocean is about 30 minutes west of the city. Portland waterfront homes for sale can be found in every part of the city. But without some on-the-ground knowledge of this bustling city, it can be challenging to know which neighborhoods offer unobstructed waterfront views. Keep reading to learn about four Portland neighborhoods with the best waterfront views.

Getting up above the city in high-rise South Waterfront condos is one way to ensure a great view of the Willamette River and Ross Island. The South Waterfront neighborhood is one of the newer developments in Portland, just south of Portland State University and Old Town Chinatown. The neighborhood still has some open space to continue growing as well. South Waterfront real estate is almost entirely high-rise condos with views of the river.

A major attraction in South Waterfront that opened in 2015 is the Tilikum Crossing Bridge. It's the only bridge in Portland that is closed to car traffic. The bridge connects South Waterfront with East Portland on the opposite side of the Willamette. The bridge is lovely to walk across in the evenings when coordinated lights change with the seasons and move with the tides. The bridge lights up orange and yellow during the summer, and lights turn to cooler blues and greens in the winter. South Waterfront has a thriving Farmer's Market that runs from June through October every year and a residents-only dog park supported through neighborhood use fees.

Hayden Island real estate is a hidden gem in the Portland market. The island sits in the middle of the Columbia River between Portland and the city of Vancouver, WA. Hayden Island is a charming self-contained community, with all the shopping and restaurants residents could want right there on the island. The Jantzen Beach Shopping Center on the west end of the island is a favorite destination for Portland and Vancouver residents. The main focus of life on Hayden Island is around boating in the Columbia River. It has a few low-rise condos and apartments available for housing and a residential neighborhood of single-story manufactured homes on the north side of the island. The easiest way to access Hayden Island is along Interstate 5, crossing Portland to Vancouver.

It should be evident that the island offers excellent water views in every direction. About 5,000 sport-fishing watercraft and private boats are moored around the island during the summer months. Kayaks and paddleboats are available to rent from several businesses on Hayden Island, and it takes about four hours to kayak around the island from start to finish.

Love the idea of living in a Pacific Northwest waterfront home? Browse all Portland water view homes for sale.

Cathedral Park keeps residents close to some of the most fun things to do on the Willamette River. The historic neighborhood was originally the City of St. Johns before Portland annexed it in 1915. The neighborhood gets its name from the large city park located directly beneath the cathedral-like columns of the St. Johns Bridge. Low-rise condos and single-family homes make up the bulk of the real estate in Cathedral Park. The community has a public access beach and a boat launch on the Willamette River, obviously popular attractions during the warmer months of the year.

Cathedral Park (the park, not the neighborhood) is a central part of many of the activities for residents in this area. The 22-acre green space offers fabulous views of the Willamette River and a public boat ramp. It also offers an off-leash dog park, an outdoor stage for summer concerts and performances, and several paved paths for joggers and cyclists. The park is open to the public from 5 a.m. to midnight every day. Most of the shopping and restaurants available for Cathedral Park residents are just to the neighborhood's north, along Portland's famed Lombard Street. 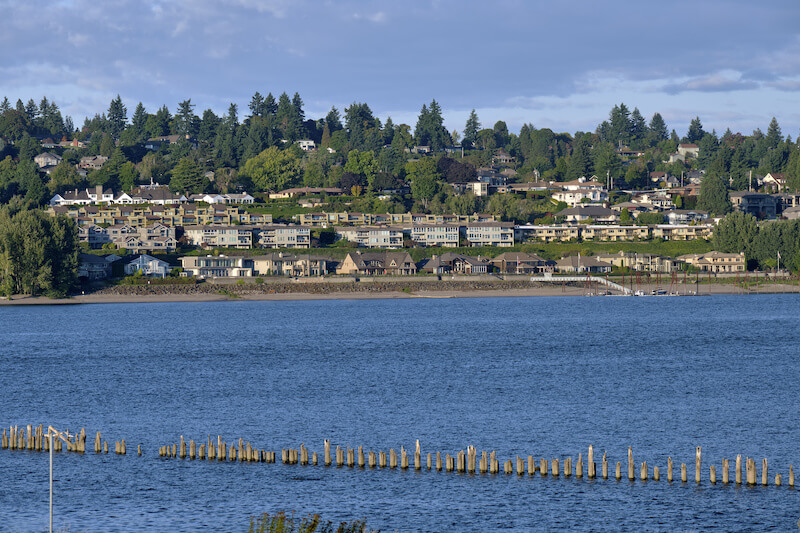 For those who don't mind switching states, a quick hop across the Columbia River to Downtown Vancouver, WA, is a great way to find a home with stunning, unrestricted views of the water. There are numerous Vancouver condos along Waterfront Way and the Vancouver waterfront space in the Downtown area, which provide spectacular views of the river. Vancouver itself has an entirely different charm and feel when compared to Portland.

Downtown Vancouver is dotted with historical sites, charming community artworks, and famous landmarks to observe. The Vancouver Waterfront features a large riverside park for families to enjoy. Residents can take a walk along the Grant Street Pier for even more intimate views of the Columbia River. The Waterfront Renaissance Trail is an easy five-mile path that follows the river and provides the opportunity to view many of the bridges in the area. Expect to see a lot of boats and ships making their way in and out of the Portland and Vancouver area on this hike.

From the secret islands dotting the Columbia and Willamette Rivers to neighborhoods tucked away in some of Portland's hidden corners, there are still many opportunities to find a home here that has great waterfront views. And since there are still several residential neighborhoods under development in the city, more opportunities are sure to open up in the years to come.