Moving to West Linn: 7 Things to Love About the West Linn Life

Living in West Linn, OR

West Linn is a quiet city in Clackamas County, Oregon. With less than 30,000 residents, the city manages to be a respite from the hustle and bustle of the nearby city of Portland while still being close to the major metropolitan area.

Residents love the city of West Linn for its peaceful environment, beautiful scenery, and charming atmosphere. West Linn is nestled between the Willamette and Tualatin rivers, and many areas of the city overlook the beautiful Mount Hood. With all the city offers, it's no surprise the area is becoming a sought-after destination for homebuyers.

Determining whether a new city is a suitable place to call home can be overwhelming. Therefore, we've compiled a complete moving guide to assist prospective homebuyers interested in moving to the area. Keep reading to learn all there is to know about moving to West Linn, Oregon.

Cost of Living in West Linn

The cost of living in West Linn is roughly 37% higher than the national average. The most significant factor in West Linn's higher-than-average cost of living is the city's real estate prices. The average single-family home costs more than $450,000, and prices only go up for waterfront properties on the river.

The cost of rent here is similarly above the national average, with most renters in West Linn spending about $1,500 per month on rental units. To put this number in perspective, the average renter in the United States pays approximately $1,300 per month.

However, the costs of other necessities are about the same in West Linn as they are across the rest of the country. Some essentials even cost much less! For example, healthcare in West Linn costs its residents, on average, about $3,500 per year. In contrast, the average U.S. resident spends close to $4,500 per year on healthcare.

It's important also to remember that salaries in West Linn are, on average, higher than in the rest of the United States. The average income of a single, full-time employed resident in West Linn is over $50,000.

More information about cost of living in West Linn: 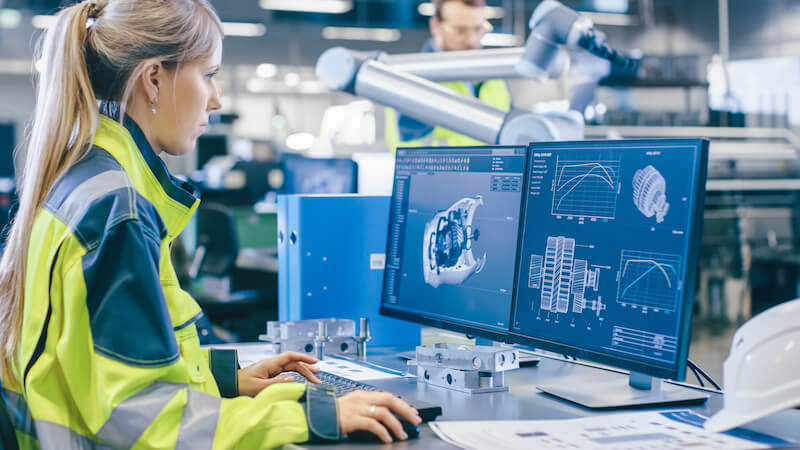 West Linn has a booming job market. While more than 80% of residents work outside the city, several companies within West Linn employ a large section of the population.

West Linn Paper Co. is a paper manufacturing and delivery company located on Mill Street in West Linn. The company provides innovative solutions for paper production and delivery to its clients throughout the Pacific Northwest and has done so for more than 130 years.

Another prominent West Linn employer is Zupan's Markets, a family-owned market headquartered in Portland with several locations throughout Oregon. Its West Linn location is on Willamette Drive and provides full- and part-time employment for many West Linn residents.

The Oregon Golf Club is a private club located on S.W. Petes Mountains Road in West Linn. The club keeps close to 100 residents of West Linn and the neighboring areas employed— whether in the kitchen, on the grounds, or managing the behind-the-scenes action to keep the club running smoothly.

More information about finding a job in West Linn:

The largest industry in West Linn is healthcare, which employs close to 2,000 city residents. Professional and manufacturing sectors are right behind, employing roughly 1,500 West Linn residents each.

One explanation for these industries' popularity over others is that West Linn's strong history and thriving local economy are attractive to small businesses. As more of these small businesses move into the neighborhood, there is less and less space for commercial and industrial companies.

Things to Do in West Linn 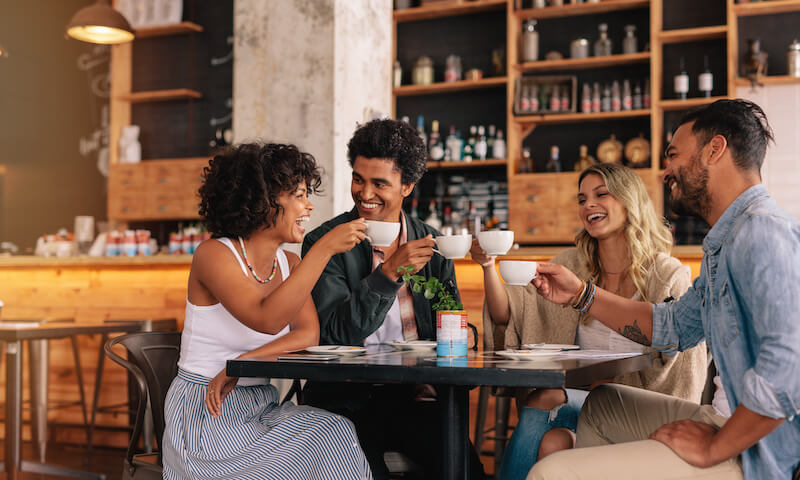 West Linn's mild climate and beautiful scenery make it a great place to be year-round. Whether prospective homebuyers like to spend time in the great outdoors or prefer a night out at a trendy restaurant, there are plenty of options in West Linn.

West Linn is home to more than 30 parks and green spaces. Maddax Woods Park is one, and this seven-acre park is beautifully located on the banks of the Willamette River. Visitors can appreciate views of the Great Blue Heron rookery located on Goat Island.

The Cedaroak Boat Ramp is another excellent stop in West Linn. Here, residents can launch boats, kayaks, and inner tubes for a day out on the water. Fishing on the banks is also allowed, and the river is home to salmon, steelhead, bass, and more.

For those who enjoy educational tours with knowledgeable guides, West Linn has several. Two popular ones are the Willamette Wine Loop, a tour of four local boutique wineries, and the Historic Willamette Walking Tour, which takes guests to more than 70 historic structures throughout the city.

For action and attractions in West Linn, it's hard to beat historic Willamette Main Street. This stretch of shops, eateries, and cafes is brimming with small-town charm, and most establishments offer patio seating for those that want to enjoy West Linn's beautiful weather and people-watch.

Another excellent feature of West Linn is the Camassia Natural Area. This ecological preserve is named for the common camas, which bloom during spring. In addition to the camas, several rare and endangered plants are here. Visitors can tour the preserve during the warmer months.

West Linn has no shortage of restaurants and nightlife, no matter what residents are in the mood for.

Local coffee is delicious in West Linn, and there are plenty of local cafes to stop by on the way to work or for a pick-me-up after a long day. Willamette Coffee House serves Longbottom Coffee, a local brew from the nearby city of Hillsboro.

West Linn Saloon and Nineteen33 are fun and lively options for those who crave the nightlife. West Linn Saloon has a full food menu and an extensive drink list. On Willamette Falls Drive, Nineteen33 offers more than 30 beers and ciders.

The climate in West Linn is mild throughout the year, and the area experiences four distinct seasons. Summers are warm and dry, while winters are wet, cloudy, and relatively cold. Rainfall is typical here, but the area rarely sees snow.

Summer lasts for just under three months, from late June to mid-September. The hottest month in West Linn is August. During West Linn summers, the temperatures rarely dip below 50° F, and daily highs are around 80° F.

Winters in West Linn are cooler but manageable. The season lasts from mid-November through the end of February. During these months, temperatures range from the high 30s to the mid-50s. There are rarely days below freezing in West Linn.

While the seasons change in West Linn, the chance of precipitation stays relatively high throughout the year. The city's wet season lasts for about seven months, from October until May, and on any given day, there is more than a 30 percent chance of rain.

While all this rain might make West Linn sound dreary, the city is quite the opposite. Most residents are grateful for the abundance of precipitation throughout the year, as it creates the lush and beautiful landscape West Linn is known for.

More information about the climate in West Linn:

With West Linn being so close to Portland—less than a 30-minute drive without traffic—the city can experience some congestion during the morning and evening rush hours. However, many residents report that their commutes don't see more than a 10- or 20-minute increase, even during peak traffic.

In the morning, the worst routes to encounter are typically the southbound lanes of Interstate 5. Additionally, Interstate 84 can be backed up during rush hour (inbound lanes in the morning and outbound in the evening). Many commuters report these routes as being stop-and-go during morning traffic.

Another area to avoid during rush hour is U.S. 26. This road bottlenecks into the Vista Ridge Tunnels off S.W. Vista Avenue, making merging notoriously difficult, especially during peak traffic times.

Despite these pockets of potential congestion, West Linn is not known for its traffic. Many residents report their commutes are not affected much by rush hour, and there are plenty of alternative routes that allow them to avoid particularly heavy traffic.

One of the best ways for West Linn residents to avoid traffic congestion is to avoid the interstates and highways during peak travel times. Plenty of surface roads take commuters to nearby cities just as quickly as the highways and, sometimes, a lot quicker depending on the traffic conditions!

Interstate Avenue and Martin Luther King Jr. Boulevard are excellent alternative routes to take when battling backup from an accident or bad rush-hour traffic. Even some residential streets, like Sunset Avenue and Rosemont Road, can act as excellent escape routes when dealing with seemingly endless stop-and-go. 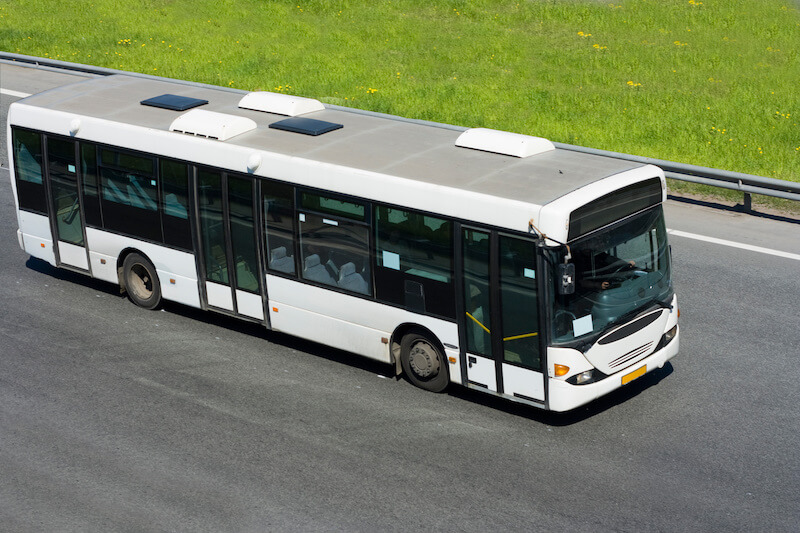 The average West Linn resident spends a little over $10,000 annually on transportation. This number considers insurance, car maintenance, and the average cost of gas in the area. For residents that would like to eschew this number, they have the attractive option of taking advantage of West Linn's public transportation offerings.

With more than 80% of full-time employed residents working outside West Linn, the city has excellent public transportation options that take travelers throughout the Portland metropolitan area. Tri-Met serves West Linn, and local routes 35 and 154 cover the entirety of the city, providing easy access to transit centers in the Lake Oswego community and Oregon City area.

Uber and Lyft are also available in West Linn, with rides starting at $5. In addition to the standard rides, these companies also offer cars with extra space, wheelchair-accessible rides, and ride-sharing for those on a budget who don't mind splitting a vehicle.

There are plenty of standard taxi companies in West Linn, including Metro Cab, Tax-e-Cab Taxi Transportation Service, and Willamette Valley Yellow Cab. Because West Linn is a reasonably large city, it's tough to hail a cab from the street. However, riders can call for a taxi or schedule a pickup in advance. 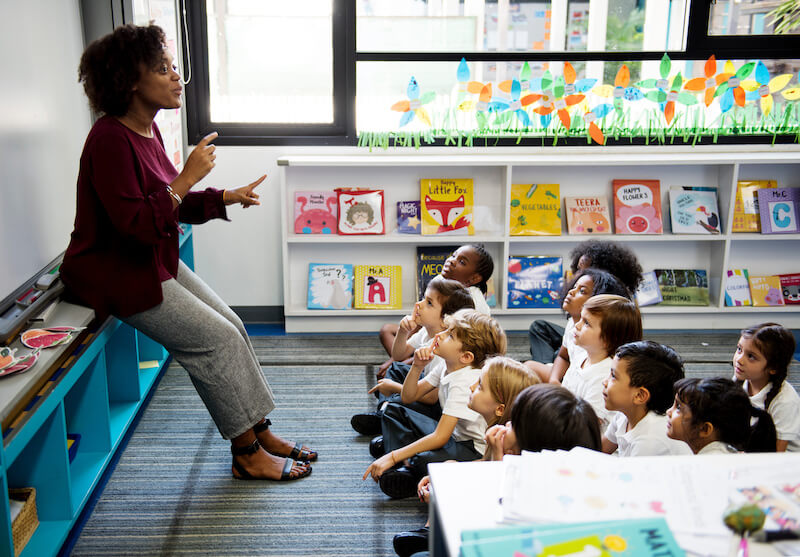 West Linn is part of the West Linn-Wilsonville School District, home to 17 schools spanning nearly 50 miles and educating roughly 10,000 students. Some public schools located in West Linn include Sunset Primary School, Rosemont Ridge Middle School, and West Linn High School. The school district serves kindergarten through 12th grade. In addition to a thoughtful curriculum and opportunities for advancement, the district provides teachers with an abundance of development opportunities so staff can serve students to the best of their abilities.

One charter school, Three Rivers Charter School, is in West Linn. This school serves just over 100 students in grades four through eight. The small class sizes allow teachers to focus more attention on each student. The school encourages independence, individualism, and creativity to produce the most well-rounded students upon graduation.

While there are no universities located within West Linn, there are several nearby, including:

Relocating to West Linn Made Easy

There are many reasons for wanting to relocate to West Linn, Oregon—whether it be for the mild climate, the beautiful landscape, or the myriad of fun things to do in and around the city. While it can be fun to consider moving to a new place, prospective residents looking to take the next steps should perform their due diligence on the area to ensure they are moving to a city that best fits their individual needs. Hopefully, this guide will take the guesswork out of the decision and provide a complete mover's guide to the beautiful and sought-after city of West Linn, Oregon.