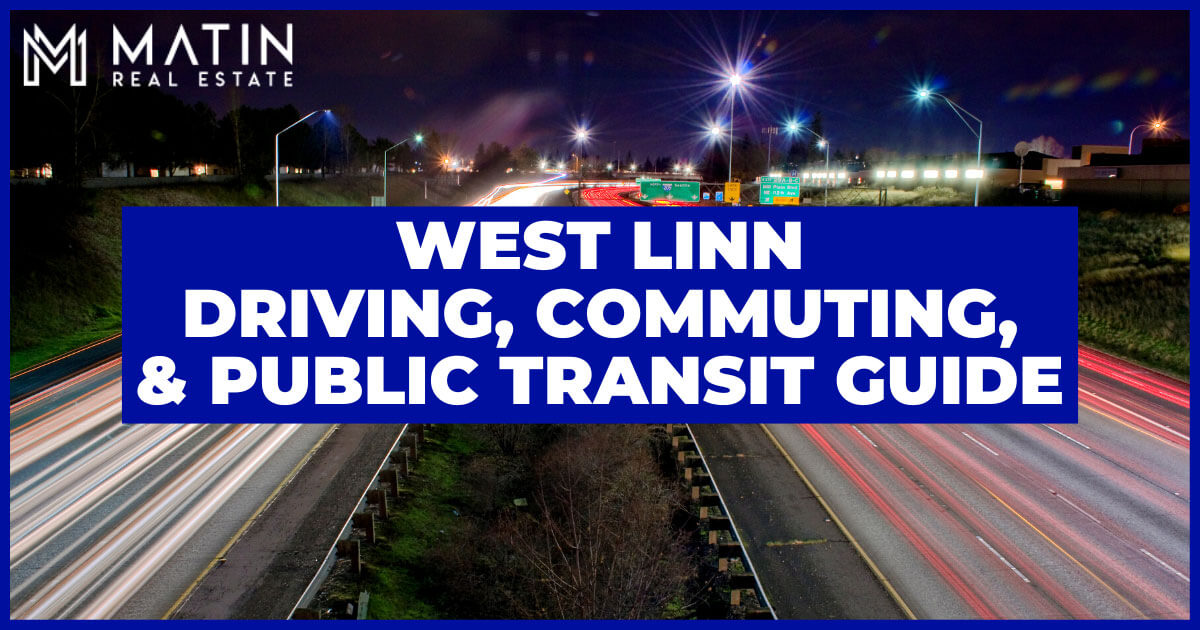 Nestled among the hills and trees alongside the Willamette River, the city of West Linn is a beautiful place to drive, commute, and live. Reasonable commute times and easy access to public transportation provide short commutes to top employers, solidifying the city's status as one of Portland's best suburbs. Anyone moving to West Linn can quickly get up to speed on the community's major roadways, popular routes, and public transit. Ready to hit the road? Here's what you need to know about driving and commuting in West Linn.

Get to Know Your Major Roads in West Linn

Knowing the freeways, state roads, and other major roads in and around West Linn can make it a breeze to avoid Portland rush hour times and commute with ease.

I-205 runs along the city's southern border, across the Abernethy Bridge into Oregon City, before heading north just east of Portland and Vancouver. Both of its termini connect to I-5, which passes through downtown Portland. Willamette Falls Drive provides an alternative to I-205 in southern West Linn. It cuts between I-205 and the Willamette River, meeting OR-43 just before the Oregon City Bridge.

Rosemont Road leads northwest out of West Linn, passing through lush rural vineyards before terminating at Stafford Road. Stafford Road goes southwest to the Stafford Hill Ranch neighborhood, where it meets I-205. Heading northeast, it eventually becomes McVey Avenue before its terminus at OR-43. 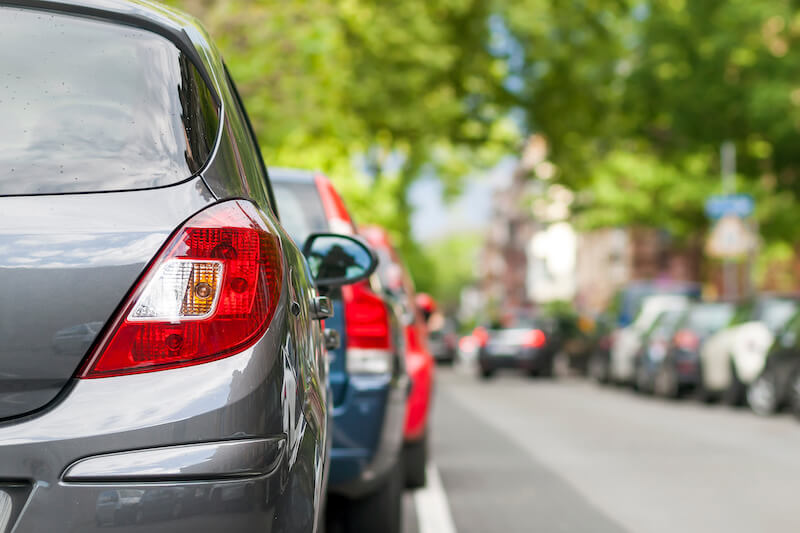 Drivers rejoice to know that parking is rarely a challenge in West Linn. Most parking is free, and many businesses offer on-site parking. Many of the best neighborhoods in West Linn have driveways for private parking, but street parking is also available in many areas. In the Residential Parking District, only residents with permits can park on public streets while school is in session from 8 a.m. to 3 p.m. 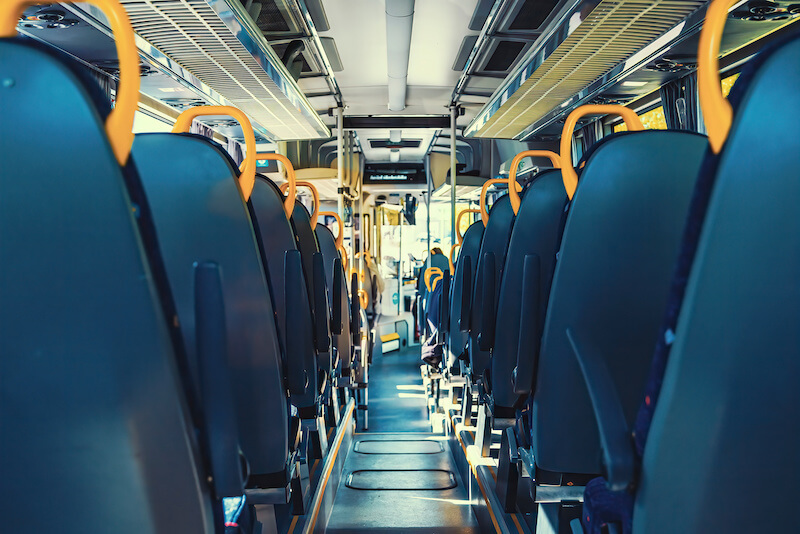 Cost-efficient buses, trains, and taxis make it easy to get around West Linn and the greater Portland metropolitan area without a personal vehicle.

Route 35 follows OR-43 south to Oregon City and north into the town of Lake Oswego and Portland. Three transit centers along the route allow passengers to transfer to other bus lines and MAX Light Rail lines. Buses on Route 35 run from about 5 a.m. to 1 a.m. on weekdays and from 6 a.m. to 1 a.m. on the weekends.

Route 154 services Willamette and Clackamas Heights, traveling along Willamette Falls Drive, Abernethy, and Holcomb. Its stop at the Oregon City Transit Center offers access to other bus lines, including Route 35. Buses on Route 154 run on weekdays from just before 6 a.m. to shortly after 7 p.m.

Tri-Met uses GPS tracking so passengers can track vehicles. Fares allow passengers to travel on any combination of Tri-Met buses, trains, or streetcars for 2.5 hours.

Several rideshare and taxi options are available 24/7 in West Linn, including Radio Cab, Lyft, and Uber.

Radio Cab has offered taxi services in the Portland metropolitan area since 1946. Customers can order a regular taxi or special vehicles like wheelchair vans, mini-vans, and cars with large trunks by phone or through Radio Cab's mobile app.

Commute Times from Nearby Cities to West Linn

West Linn is close to accessible to cities around Portland by car and public transit.

Downtown Portland is about 12 miles north of West Linn, and a typical trip there is under 40 minutes.

Using Tri-Met, passengers can take Route 35 straight to downtown Portland in 41 to 44 minutes.

The city of Vancouver is about 20 miles north of West Linn and can usually be reached in under 45 minutes.

I-205 passes east of Portland, allowing drivers to avoid much of the city's traffic. This route typically takes 30 to 40 minutes but can take 40 to 60 minutes with traffic. Following OR-43 to I-5 is a more direct route but goes through downtown Portland. The drive usually takes 30 to 45 minutes, but heavy traffic can increase travel time to 45 to 85 minutes.

Using Tri-Met typically takes 55 minutes but can increase to 76 minutes during rush hour. Passengers can ride Route 35 to the Rose Quarter Transit Center before switching to Route 105.

About 40 miles southwest of West Linn, the town of Salem can usually be reached in under an hour.

Amtrak Cascades is the fastest public transit option for reaching Salem. Tri-Met Routes 35 and 154 take about 5 minutes to get to Oregon City. Commuters can walk from their bus stop to the Oregon City Station in 7 to 15 minutes. The train ride to Salem lasts another 45 minutes.

The city of Tigard's downtown core is about 14 miles northwest of West Linn and can typically be reached in under 30 minutes.

I-205 to I-5 is the quickest route to Tigard. It usually takes 18 to 28 minutes or 22 to 40 minutes with traffic. Drivers can also take Rosemont Road to Stafford Road and get on I-205 in Stafford for less time on the interstate, but this generally adds a few minutes to the trip.

Riding Tri-Met buses to Tigard takes 44 to 47 minutes. Passengers can take Route 35 to the Lake Oswego Transit Center and switch to Route 78 for the remaining trip.

About 20 miles northeast of West Linn, the town of Gresham can be reached by car in about 30 minutes.

I-205 can get drivers most of the way to Gresham. From there, Fairview Parkway is typically the quickest route, taking 28 to 45 minutes. With traffic, travel time increases to 35 to 55 minutes. Getting off I-205 at Powell Boulevard or Foster Road usually adds about 5 minutes to the trip. However, these routes are about as fast as Fairview Parkway during rush hour.

Using Tri-Met to reach Gresham usually takes 93 minutes. Passengers can ride the Route 35 bus into Portland and switch to the MAX Blue Line at the Rose Quarter Transit Center.

Oregon City is just southeast of West Linn across the Willamette River and can be reached in under 15 minutes.

Drivers from northern neighborhoods like Robinwood and Marylhurst can take OR-43 straight into downtown. This route typically takes 9 to 14 minutes but can require 10 to 22 minutes with traffic. Drivers from other neighborhoods can use Rosemont Road, Skyline Drive, or Sunset Avenue to reach Oregon City in 7 to 10 minutes. Heavy traffic generally adds 2 to 5 minutes of travel time.

Lake Oswego is about 5 miles north of West Linn and can be reached in under 20 minutes.

Taking OR-43 usually takes 12 to 18 minutes without traffic, but rush hour traffic can add a couple of extra minutes to the trip. Following Rosemont Road to Stafford Road and McVey Avenue takes about two minutes longer, but this route tends to be more scenic.

Tri-Met Route 35 usually takes 18 minutes to reach the Lake Oswego Transit Center, but it can take up to 20 minutes with traffic.

Beaverton is about 15 miles northwest of West Linn and can usually be reached in under 30 minutes.

Drivers can avoid the interstate using OR-43. At Lake Oswego, they can head west to OR-217 or follow Terwilliger Boulevard to OR-10. OR-217 generally takes 26 to 45 minutes, or 30 to 60 minutes with traffic. The Terwilliger route is typically 5 to 10 minutes longer.

Tri-Met offers several routes from West Linn to Beaverton, but riding Route 35 into Portland and transferring to Route 20 is the most consistent. This route takes 70 minutes and requires passengers to walk about a block between stops.

Just east of Vancouver, Camas is about 30 miles northeast of West Linn.

I-205 to WA-14 is usually the quickest route into the city of Camas, generally taking 30 to 40 minutes. With traffic, this route can take 45 to 75 minutes. Drivers can also follow OR-43 and I-5 through Portland to Vancouver and then get on WA-14. This route takes 40 to 60 minutes without traffic or anywhere from 55 to 100 minutes during rush hour.

Public transit to Camas usually takes 67 minutes but can take 92 minutes with traffic. Passengers can take Tri-Met Route 35 into Portland and walk about a block from the bus stop to get on C-TRAN Route 164. After reaching Fisher's Landing Transit Center, passengers can switch to Route 92 for the remaining journey.

About 13 miles west of West Linn, the town of Sherwood takes 25 to 35 minutes to reach by car, regardless of the chosen route. Traffic can add 5 to 10 minutes to the drive.

Drivers can take I-205 and I-5 into Tonquin and follow Tonquin Road for most of the remaining drive. Alternatively, they can use Rosemont Road and Stafford Road to avoid the interstates. Once reaching Stafford, drivers can cut west on Borland Road or continue until Stafford Road meets Elligsen Road near Tonquin.

The Tri-Met route into Sherwood usually takes 82 minutes. Passengers can take Route 35 into Portland and switch to Route 94 after walking a couple of blocks to another bus stop.

Other Helpful Things to Know About Driving in West Linn 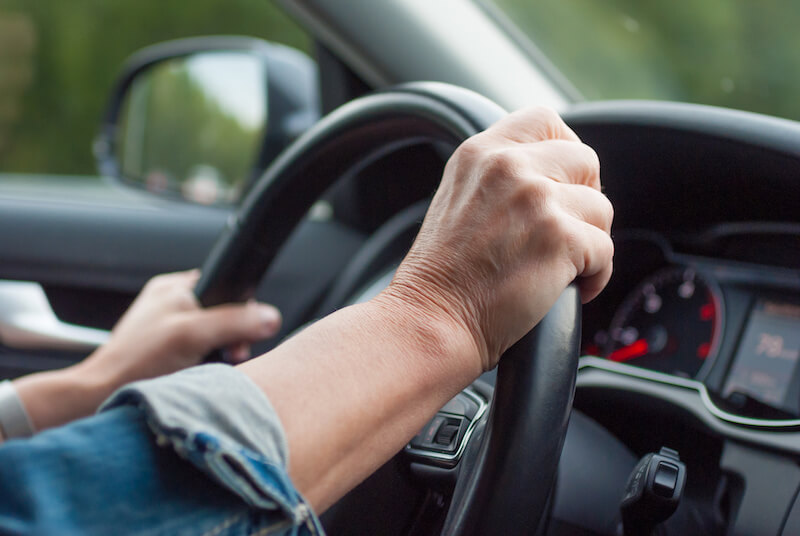 Driving practices in West Linn are similar to other parts of the country, but there are a few things drivers should be mindful of to ensure a safe trip.

During inclement weather, ice and wet pavement can make driving more difficult. It's a good idea to avoid standing water and know how to deal with hydroplaning. Bikes are a common sight on roads in and around Portland. At most stoplights, drivers can turn right on red after making a full stop, but this is not the case at stoplights with bike boxes. At the Portland Transit Mall, cars and bikes use the left lane only and can only make right turns where indicated.

Getting Around Is Easy in West Linn

The relationship between commute times and home values is well documented. Living in one of West Linn's luxury homes or townhomes provides quick access to ample parking, excellent public transportation, and fantastic cities within commuting distance. All West Linn residents can appreciate a high quality of life, thanks to the roads, busses, and trains that make commuting easy.