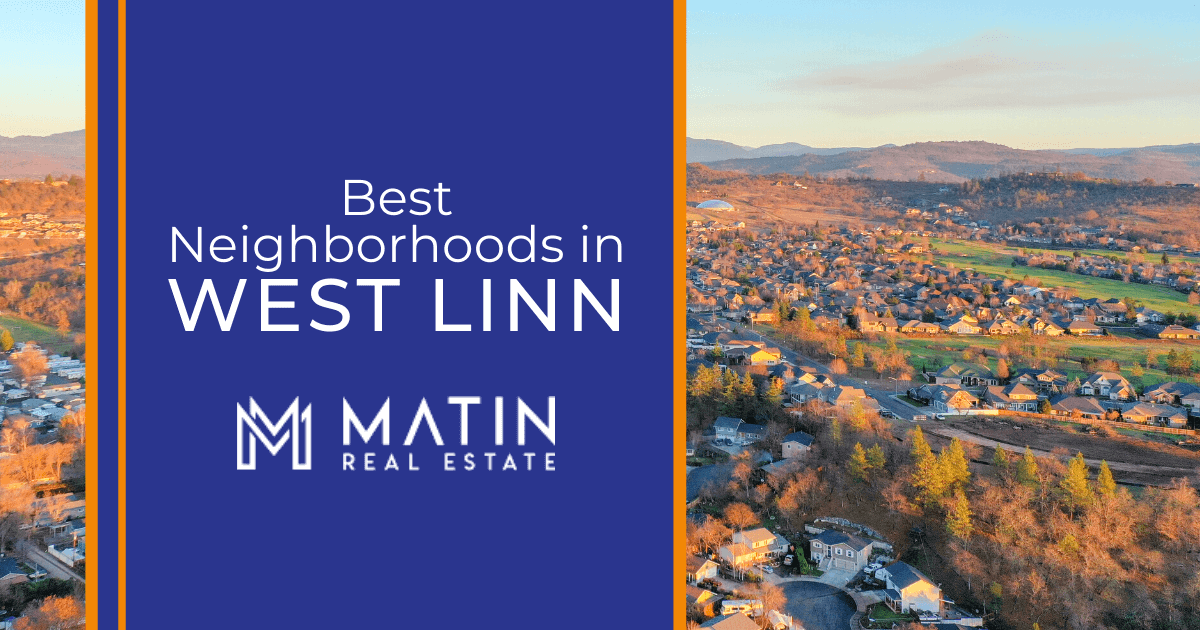 Located 15 miles south of the city of Portland, West Linn is a beautiful, historic city set along the Willamette River. With just over 26,000 residents, the town of West Linn offers the best of both worlds: idyllic, small-town living just minutes from one of the most iconic cities in the Pacific Northwest.

Boasting a historic business district, stunning nature parks, and scenic mountain views, West Linn is a spectacular place drawing in many Oregon residents. West Linn has many desirable communities within its city limits, with homes in nearly every architectural style imaginable. Read on to learn more about some of the best neighborhoods in West Linn, Oregon. 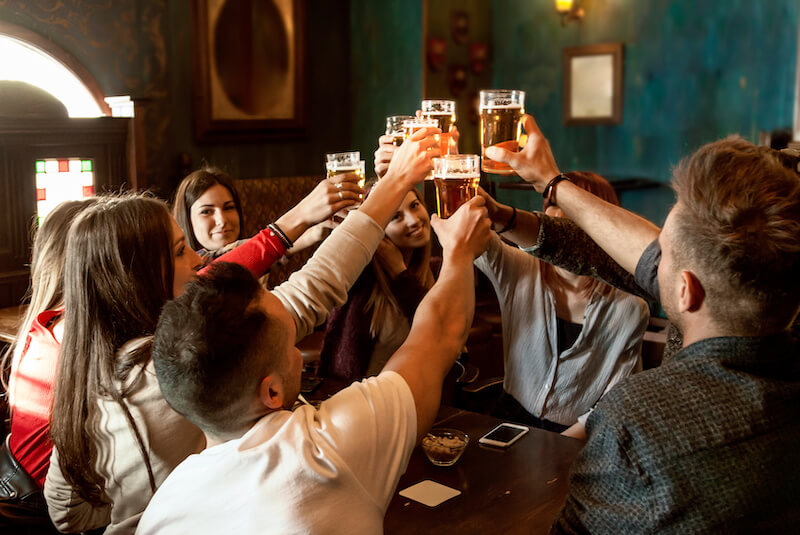 Willamette is an eclectic blend of residential and commercial properties, most built between 1885 and 1915. With just over 6,000 residents, Willamette is the largest neighborhood in West Linn. Despite its size, it retains its strong community feel.

Willamette features some of West Linn's best parks, including Fields Bridge Park, providing excellent river views for its visitors. It is also set along I-205, making it ideal for commuters driving to and from Portland for work. 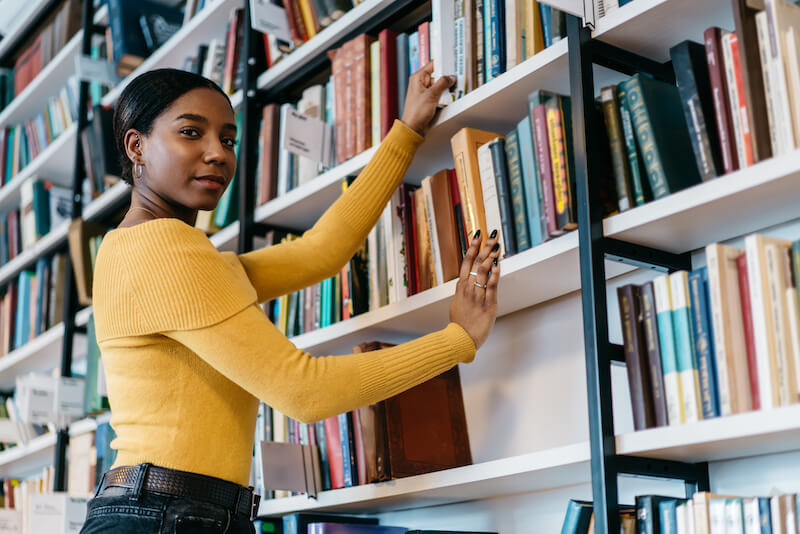 Located east of downtown West Linn, Bolton is set along the west bank of the Willamette River across from Gladstone and Oregon City. Like Willamette, Bolton is a historic, riverside neighborhood with a rich history dating back to West Linn's early days. With its rolling hills and miles of river frontage, Bolton has some of the most diverse terrains in West Linn.

With a population of around 3,200 residents, Bolton is the third-most populated community in West Linn and has some of the best nature parks in the city. With Mary S. Young Park along its northern border and Burnside Park at its heart, Bolton is an ideal neighborhood for nature lovers, hikers, and dog walkers. It is also set along I-205, making it an excellent community for commuters.

As a more established community, Bolton offers renters or prospective homebuyers various property styles, including condos, townhouses, and single-family homes. Many of the homes sit on ample lots with mature trees. While real estate prices vary based on size and style, Bolton homes for sale usually range from $300,000 to $1.5 million. 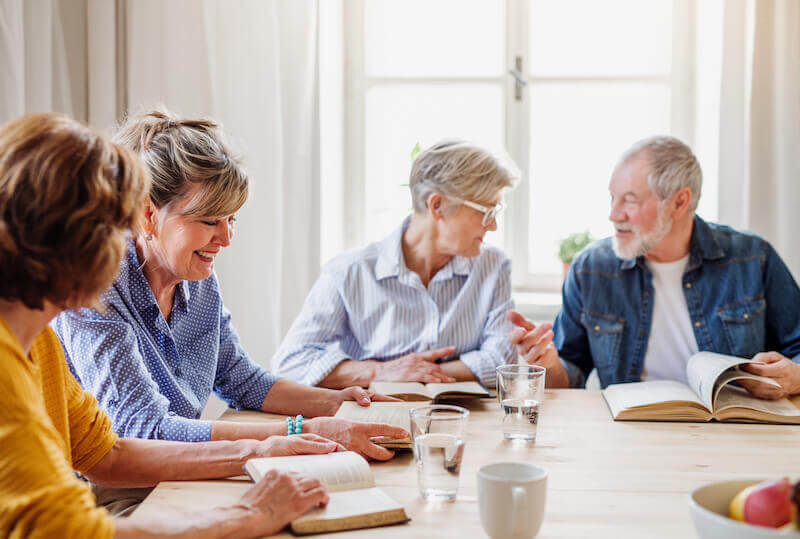 For those who don't mind hilly terrain, Hidden Springs is one of the most walkable neighborhoods in West Linn, with some of the area's most beautiful homes. Hidden Springs boasts many parks and nature trails, including Benski Park and Sunburst Park.

Prospective buyers will find a variety of home styles in Hidden Springs, built with the rolling hills in mind. Hidden Springs has condos, townhouses, and single-family homes in nearly every style imaginable, including Federal, saltbox, traditional, and Colonial home styles. On average, Hidden Springs real estate prices typically range from $325,000 to over $1.15 million. Most Hidden Springs homes boast exquisite views of the West Linn Hills. 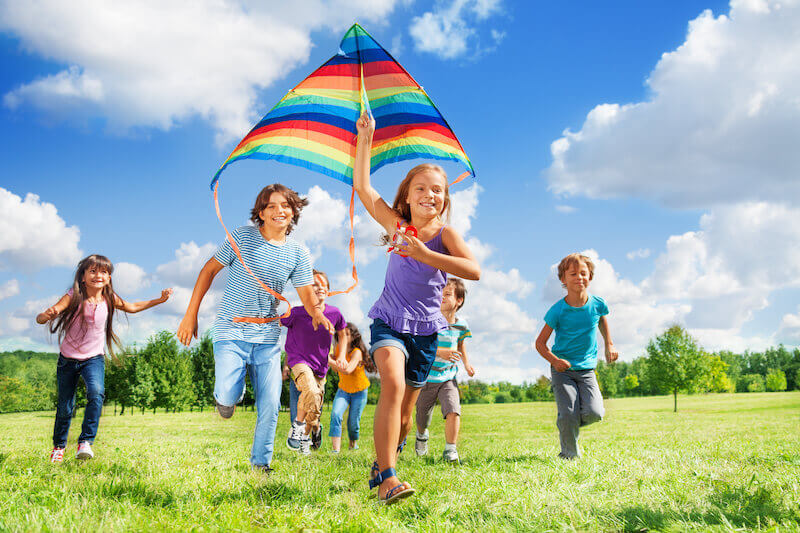 Set along the northwestern edge of West Linn, Marylhurst is a quiet, residential area with older homes and heavily wooded lots. With under 800 residents, Marylhurst is one of West Linn's smallest neighborhoods. This tranquil corner of town, located 20 minutes from downtown Portland, is ideal for residents who want a close-knit feeling of living in a village just a short distance from the big city.

Marylhurst brims with natural beauty, complemented by tree-lined, meandering streets and spectacular ravines. It features a community pool and Marylhurst Heights Park, among other nearby amenities.

Because this neighborhood is so desirable and there is a low residential turnover rate, it can be challenging at times to find a home in this established community. When real estate is available, the most popular properties are single-family homes, with the most popular styles including split-level, mid-century, and new construction homes. Buyers can also purchase land and build their dream home on a beautiful lot in this community. Marylhurst homes for sale typically range in price from $695,000 to $1.18 million on average. 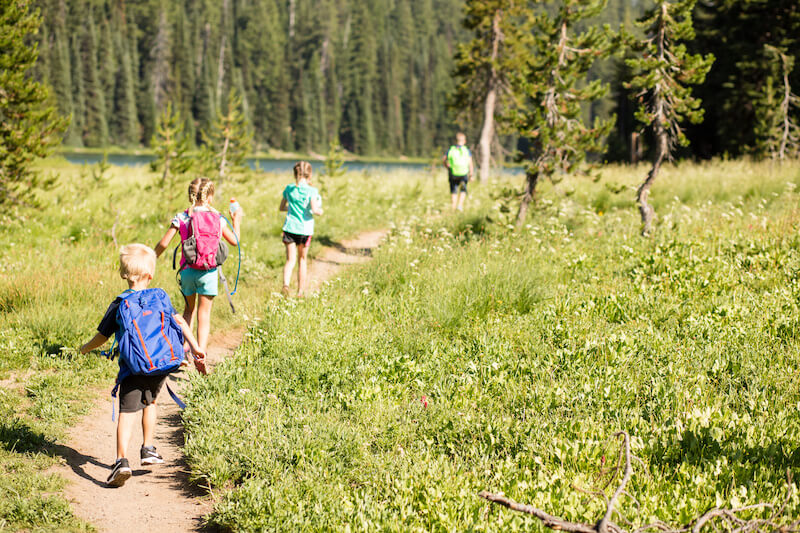 Sunset is an eclectic neighborhood along the Willamette River shoreline in the southwestern portion of West Linn. With around 2,500 residents, it's one of West Linn's more populated communities, offering plenty of amenities for its residents.

Sunset is home to some of the area's best nature parks, including Wilderness Park, Camassia Nature Preserve, and Sunset Park. It is also the home of Willamette Falls, one of the most spectacular waterfalls in the Pacific Northwest.

Like its nearby communities, Sunset is a historic neighborhood with a striking blend of architectural styles, including mid-century ramblers, split-levels, cottages, and contemporary homes. Most Sunset properties are single-family homes on mature lots with lush landscaping and towering trees. Real estate in Sunset ranges in price from $400,000 to over $1.1 million on average. Prospective buyers can also buy lots and build custom dream homes overlooking the river. 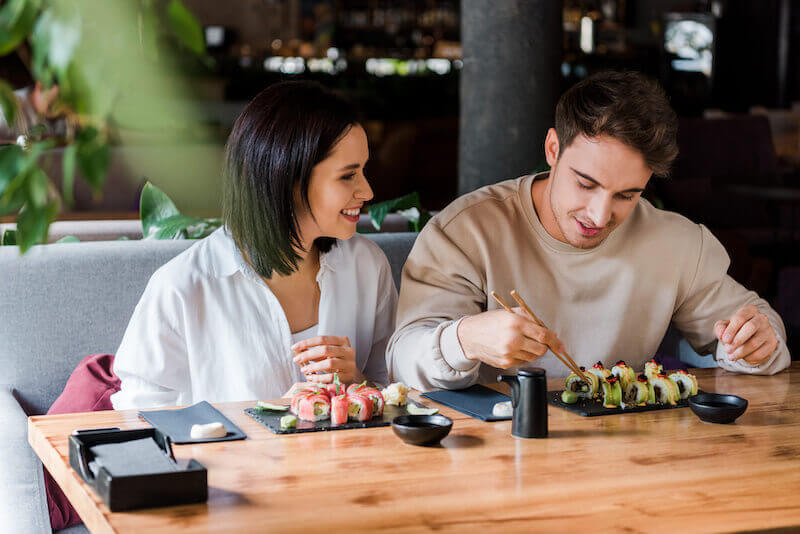 Set along the northern banks of the Willamette River, Robinwood is one of the largest neighborhoods in West Linn, just behind historic Willamette. This beautiful neighborhood, along with its many amenities, also has some of the best city parks in Portland's Metropolitan area. Along its southern border is Mary S. Young Park, one of the largest nature parks in the city. It is also near the Lake Oswego community, which contains one of Portland's most popular lakes.

Robinwood is an established community with many spectacular parks and nature trails, including Cedaroak Boat Ramp, Cedar Island Park, Midhill Park, and Robinwood Park. Plus, it's home to one of the city's most popular skating parks.

For prospective homeowners interested in building their dream home, Robinwood is an ideal neighborhood due to the availability of sizeable, wooded lots. Additionally, Robinwood has many existing homes in styles like split-level and one- and two-story builds. While Robinwood real estate costs vary, prices typically range from $175,000 to $325,000 for land and $400,000 to $2 million for a home. 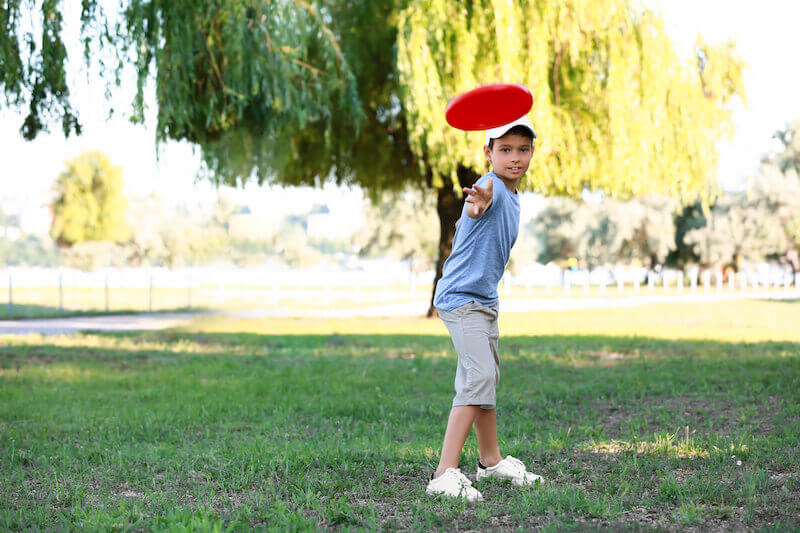 In the southern portion of West Linn, Parker Crest contains some of the area's best contemporary homes. With its prime location, Parker Crest borders the city's western edge, with Rosemont Summit to the north, the Savanna Oaks community to the south, and Sunset to the east. It is also conveniently located near Highway 43, giving commuters an easy drive to and from downtown Portland.

Contrasting historic neighborhoods like Bolton and Willamette, Parker Crest is a newer neighborhood with many modern homes. It is also one of the most expensive neighborhoods in West Linn. Parker Crest homes for sale range in price from approximately $900,000 to $1.5 million. 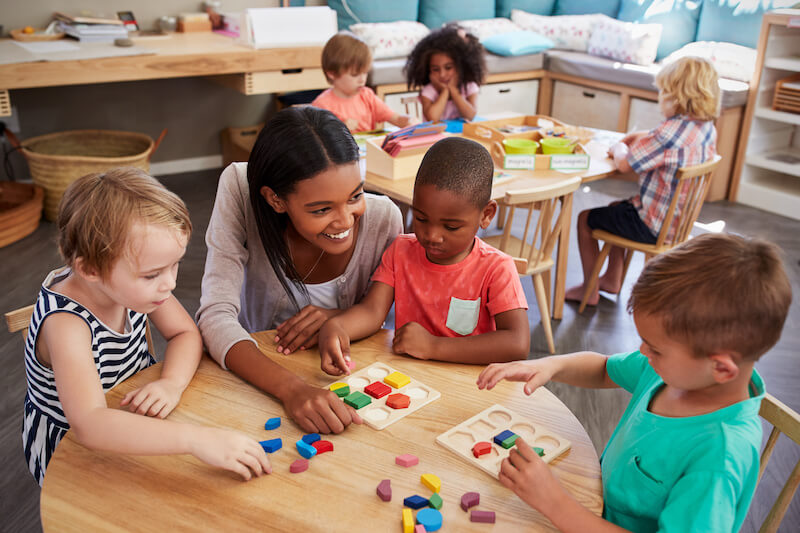 This tight-knit community is not only centralized to the rest of the city but also boasts incredible scenic views, overlooking downtown West Linn and Pete's Mountain, adding to its striking beauty. It is also home to Sahallie Illahee Park and Ibach Nature Park.

With a blend of older and newer homes, Rosemont Summit offers many housing options for prospective buyers. This neighborhood's most common property type is single-family, with numerous traditional, mid-century, and contemporary homes. While costs vary, prices for Rosemont Summit real estate typically range from $800,000 to $1 million.

With tight-knit communities and an abundance of nature trails, moving to West Linn offers a lot to residents. While it retains its small-town feel, West Linn is a wonderful alternative for those who want to be close to everything Portland offers while getting away from the hustle and bustle associated with living in a big city. With its rolling hills, scenic rivers, and panoramic mountain views, West Linn's natural beauty is one of its many hallmarks. From historic neighborhoods to more contemporary communities, prospective residents will find their ideal setting in this riverside town.